Industrial hemp is normally dioecious which means a plant will have either all male or all female flowers on it. The plants rely on the wind to complete pollination (anemophilous).

Prior to flowering, the sex of the plant is indistinguishable except for some general trends in growth habit. For example, in less crowded growing conditions, the female plants tend to be shorter with more branching than the male plants. The male plants will often break off easier when pulled due to less fiber at that growth stage. 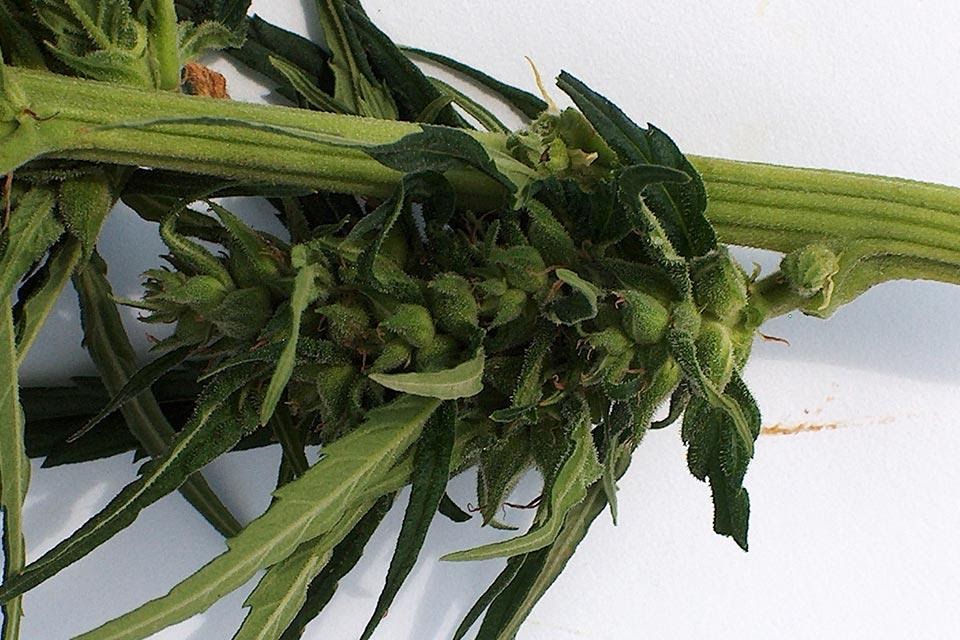 The flowers of female plants are arranged in racemes and can produce hundreds of seeds.

Female flowering and seed set are indeterminate. The seeds continue to develop and mature over an extended period of time. There will be both ripe and immature seeds on the same plants at time of grain harvest. When about 50% of the seed is exposed in each bract, it is ready to harvest.

Monoecious plants have both male and female parts on the same branch or raceme. 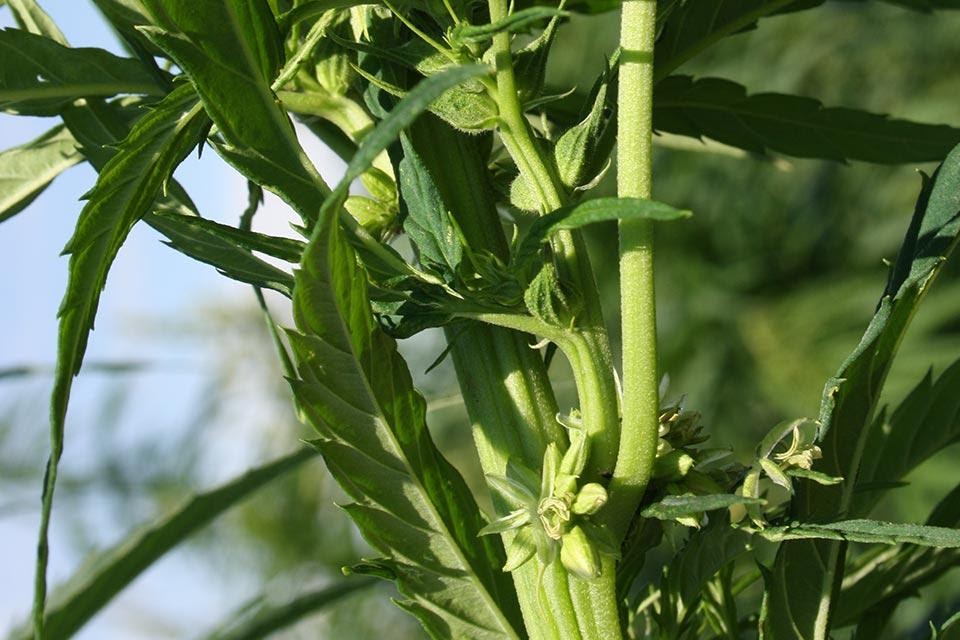 An ideal monoecious plant will have a few male flowers arranged in whorls at the base of the flower head, while the female flowers are formed at the top. After shedding pollen, the male “flower” dries up and disappears. Monoecious plants are 30% to 40% self-pollinated. 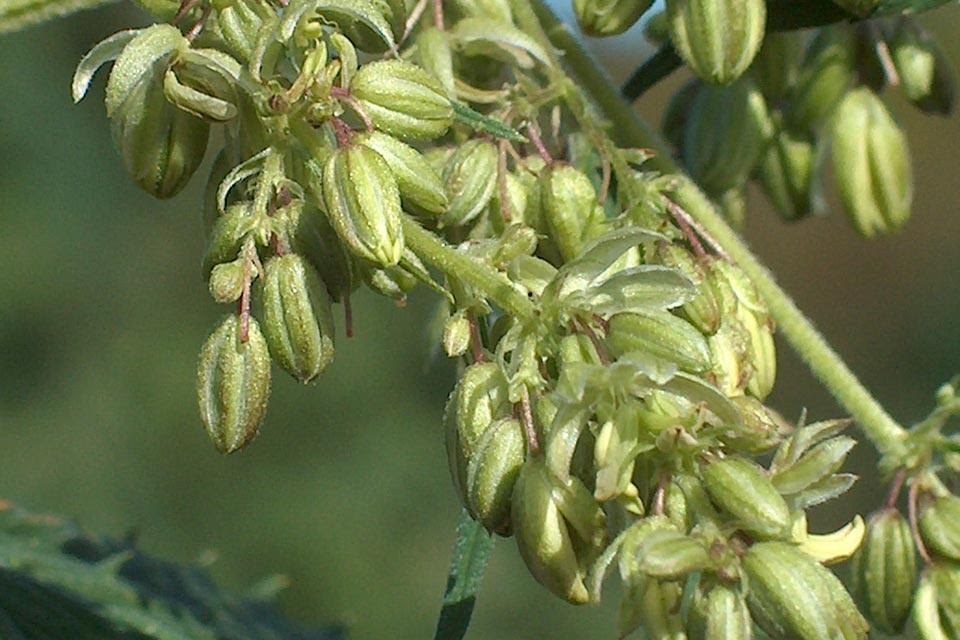 The female primordium is identified by the enlargement of a tapered, curved, tubular bract (floral sheath). Female flowers are more tightly clustered and have two long white, yellowish or pinkish stigmas protruding from each bract. Each seed forms inside a bract. 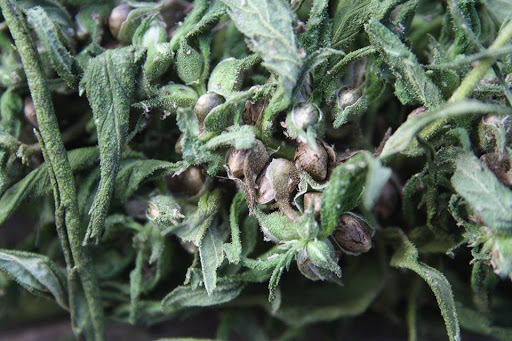 Female head with seed protruding from bracts. Near maturity.

The Sengbusch Classification system defines five degrees of monoecious forms. The methods developed by R. von Sengbusch and H. Neuer (1943) are the foundation of breeding technology for monoecious hemp: